'Colours Dance Angels Kiss' and 'Hokey Cokey' were later retitled 'Track 11' and 'Execution of the Will of the Marquis de Sade' respectively. 'The Nostalgia Factory' is an earlier version to that on 'On the Sunday of Life.' And 'Queen Quotes Crowley' and 'This Long Silence' are both about a minute longer than the versions later released on CD. An edit of the track 'Sinatra Rape Scene' appears on 'Up the Downstair' as 'Monuments Burn into Moments'. 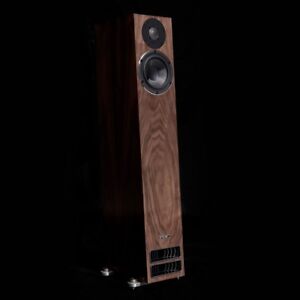 DeadwingDeadwing is the eighth studio by band, released in Japan on 24 March 2005, in Europe on 28 March, and in the US on April 26. It quickly became the band's best selling album, although it was later surpassed. The album is based on a written by and Mike Bennion, and is a story. Wilson has stated that the songs 'Deadwing', 'Lazarus', 'Arriving Somewhere But Not Here', 'Open Car', and 'Mellotron Scratch' were originally intended for the film soundtrack, but when the project failed to find funding they were instead recorded for the next Porcupine Tree album. The album versions of 'Lazarus' and 'Open Car' essentially remain Wilson solo tracks onto which Gavin Harrison overdubbed drums. The album produced two singles: ' and '. 'Shallow' also appeared in the movie.

It can be heard as background music in a bar. The album also produced music videos for 'Lazarus', 'Start of Something Beautiful', and 'Glass Arm Shattering'.The album includes collaborations with 's, who plays guitar solos on the title track 'Deadwing' and 'Halo', and 's, who adds vocal harmonies on 'Deadwing', 'Lazarus', and 'Arriving Somewhere but Not Here'. He also plays the second guitar solo on 'Arriving Somewhere but Not Here'.Deadwing. 'Released: January 2005.

'Released: March 2005Professional ratingsReview scoresSourceRating(recommended)(7.3/10)(9/10)(favourable)(10/10)(favourable)(favourable)Background ConceptWilson described the album as a surreal 'ghost story,' and said that 'the idea is ultimately that this album will form a kind of companion with the feature film.' He stated that and were major influences for the script.On 1 September 2006, announced in his blog that Mike Bennion (co-writer of the Deadwing screenplay) had released the first fifteen pages of the story. The film script thus far has made several connections to the album, including a reference to the line in Mellotron Scratch 'A tiny flame inside my hand', the man mentioned in Lazarus 'My David don't you worry', and to the artwork in the album's cover insert.On 3 January 2019 Steven Wilson posted on Facebook that he and Bennion had recently 'reactivated and rewritten the script with a view to trying again to make the film', but that the name of the script had changed. Wilson also revealed that the 'David' from the song 'Lazarus' is the main character in the Deadwing script.

The members of Porcupine Tree during a meet-and-greet at AKA Records on Second Street in on May 21, 2005.While introducing the song Lazarus during the Shepherds Bush Empire concert in December 2005, Steven Wilson explained that this song was about a mother communicating with her young son - 'from the grave'.Note on loudness warIn a comment on the, Steven Wilson mentioned how he considered placing a message on record sleeves that reads as follows: 'Please note that this record may not be mastered as loudly as some of the other records in your collection. This is in order to retain the and subtlety of the music. Please, use your volume knob.' Conversely, the CD version of the album has been proven to contain clipping and dynamic range compression, whereas the 5.1 surround mix on the DVD-A version does not. However, subsequent releases and are mastered at lower levels, preserving more of their original dynamic range. Track listingThe band stated that 15 songs were recorded during the Deadwing sessions.

The initial release, for Europe, contained only 9 tracks. All versions contain those initial 9 tracks in the same order. For the later U.S.

Release, an additional track was added on, the 2004 re-recorded version of ', which was originally released on their 2000, bringing the total to 10.The album was also released as a disc on 10 May 2005. The disc contains 5.1-channel surround versions of all the tracks from the US CD ('Shesmovedon (2004)' was included as an unlisted extra track.) plus three bonus tracks: 'Revenant,' 'Mother and Child Divided' and 'Half-Light', bringing the total to 13 songs.