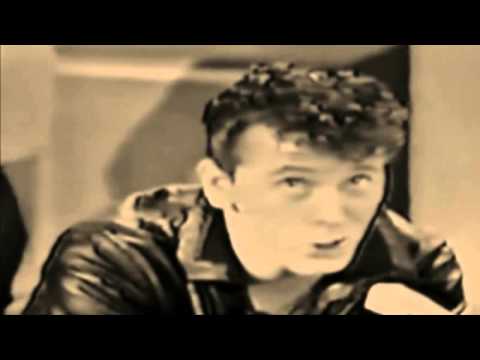 23. I Sure Miss You. 24. Pretty Pretty BabyProduct Description. In May 1956, the two-and-a-half minutes of 'Be Bop A Lula' marked the astonishing recording debut of Gene Vincent, and the following month Gene was back in Owen Bradley's studio in Nashville for his first album, Bluejean Bop.

Producer Ken Nelson flipped the echo switch to maximum and created a space-age sound for 'Who Slapped John?' , in particular.

Gene's voice was softer than most rock 'n' rollers and his tender versions of 'Ain't She Sweet?' And 'Up A Lazy River' display an inkling to become an all-round entertainer. His country roots are covered in 'Waltz Of The Wind' but it is the extraordinary rock 'n' roll numbers such as 'Bluejean Bop' and 'Bop Street' (don't be fooled by the slow start!) that make the album so remarkable and created a guitar hero out of Cliff Gallup. Gene Vincent rocks, the Bluecaps roll and the result is uninhibited magic.

Just another guy who breathes popular music since 1955 and stopped buying Top 30 records in 2006. 50 years was enough.

And somehow I kept re-listening to the ones that saw the light between 1955 and 1969. It wasn't just nostalgia, there's a lot of tunes who came around later and are favorites of mine, but those years are simply the best. They became the main frame for a nostalgic show on a local radio in the late Seventies. From the more than 300 episodes the content of 184 was shown on Multiply.com before that social network collapsed. We'll try to pick up most of them again here.

And you can enjoy a broad selection of my collection. Happy memories.