This is one of the best anime I have seen so far. The plot is brilliant like the previous one. The animation is much better than the previous one and the dialogues are simply amazing. The battle scenes and the way Naruto and the rest come up with tactics are marvellous. The new characters are 'awesome'(can't think of a better word).

There are loads of emotional moments in this series, some that make you laugh, some that make you angry and some that make you cry. I'll warn you, you'll get angry on some of the characters so much that you'll bite your nails till it starts bleeding and you wont realise it(or you might)! The thing that bothers me the most(which will bother you too) is there is only one new episode that releases every week and I just can't wait for the next episode! I am up-to date with both the manga and the episodes, and it seems like a million years from now that they'll finish the episodes(at this rate). I wish I could get a time machine!(you'll wish too!(very soon)) Just watch it if you have watched Naruto because you will miss the best and exiting parts of this anime. There are loads of surprises and loads of excitement waiting for you. 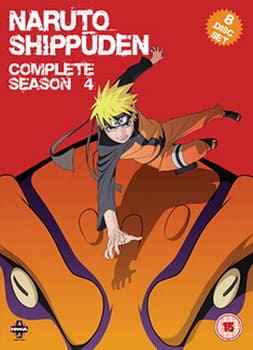