Run ADNLoader.exe4. Code Virtualizer is a powerful technology that can prevent someone from inspecting your sensitive code, such as your routines that validate an entered serial key for registering your application. Also, Code Virtualizer slightly modifies the header of the protected application, meaning you could put a compressor or other software protector on top of Code Virtualizer with no problems.If you are a Windows device driver developer and felt neglected when there was no solution to protect your device drivers, Code Virtualizer offers you the same technology to do so (for either 32-bit and 64-bit drivers) in the same way as your applications and DLLs. DOWNLOAD= (8.5 MB)Passowrd: netcrypters.blogspot.comHow to install:1.

NET Framework.NET LicensingPrograms written in. NET assemblies, along with metadata allowing the reconstruction of original source code.Babel Obfuscator is able to transform assemblies in order to conceal the code, so that reversing is extremely difficult. We are happy to announce that Babel Obfuscator 7.In this new release we have added a new optimization feature that will allow to reduce the number of properties and events defined into metadata. 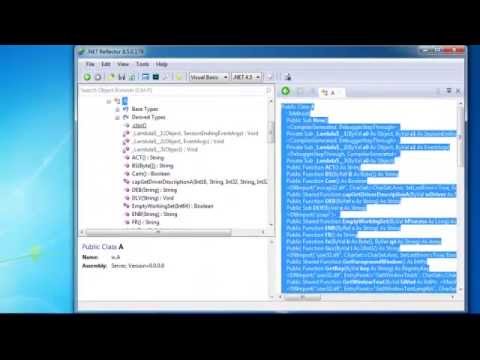 The dead code removal has been improved and we added more filters in the XML rules. Adding Babel Obfuscator?.We have improved merge algorithm and added the possibility to chose to enable encryption and compression for embedded resources. The obfuscation rule editor in the user interface has been improved adding the new symbol search and more editing commands. There were also many important bug fixes so we encourage you to stay up to date.Dear All, Babel Obfuscator 7. This new release includes a new licensing library Babel Licensing that will allow you to generate feature based license files. See what’s new in 8.1.0.0With Babel Licensing you can make trial licenses, hardware locked licenses, domain restricted licenses and feature based licenses. Babel Licensing is available to all subscribers of a Company license.You can read more in the Babel Licensing User's Guide.

NET Assemblies. Andhra jyothi news paper karimnagar district editionAuthor Write something about yourself. No need to be fancy, just an overview.

Powered by Create your own unique website with customizable templates.Get Started.